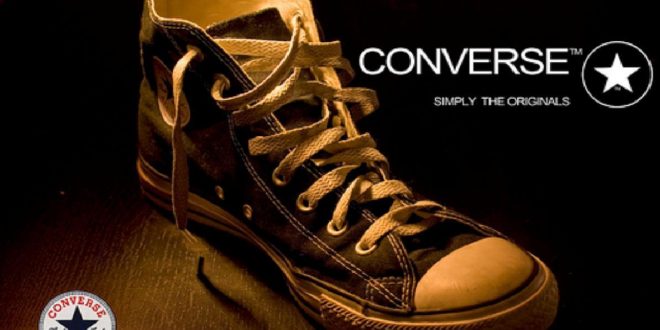 Why are Converse Called Chucks?

The converse is a famous American shoe company that designs and distributes many types of shoes all over the world. It was established in February 1908 (approximately 111 years ago), by Marquis Mills Converse, of Malden Massachusetts, at the age of 47.

He was previously a manager at a footwear manufacturing firm. Then he opened his own shoe company that made rubber shoes for men, women, and children. They also designed rain boots, also known as galoshes. The company, then, came to be known as the ‘Converse Rubber Shoe Company.’

For most of its life, Marquis Mills had primarily focused on waterproof rubber wear. After some time, they focused on the rapidly growing market for sportswear. The Converse Rubber Shoe Company’s focus then shifted entirely to the athletic sportswear by 1915.

Back at that time, sneakers were not preferred for leisure. It was much in demand by the basketball players. The shoe was designed to bridge the gap due to the increasing craze of basketball at that time.

The ‘All-Star’ shoe was a unique design and was not available anywhere. It is a natural brown color with black trimming and was the first shoe to be produced worldwide.

Chuck Taylor at that Time

Chuck Taylor, real name Charles Hollis Taylor, was born in the Brown Country, Indiana, on June 24, 1901. He played guard positions in his school basketball team. He was a graduate of Columbus High School, Columbus, Indiana.

He was also a professional coach who traveled around the world to teach basketball techniques. But his training advice wasn’t always the best. He was not a good coach.

Taylor’s career ended in the early 1920s as a player when he became a salesman for the Converse Rubber Shoe Company.

The Story of Chuck as a Salesman

How Shoes were named after Chuck

In late 1920, Chuck Taylor came into the Converse Rubber Shoe Company’s headquarters to complain about his sore feet due to wearing the ‘All-Star’ shoe while playing. At that time, he was playing for the team The Akron Firestones.

Within a year of Taylor’s arrival, the company adopted his suggestions in shoe design. They enhanced their flexibility and support. The new design contained an ankle patch to protect the ankle while playing. To make it look more attractive, they added a star on the ankle patch. This also made it unique.

By late 1920, the company started producing all its shoes with the same idea given by Chuck. At that time, the sales of the ‘All-Star’ was not at a high level. After the suggestions provided by Chuck, the demand for better shoes gradually increased.

The company thought that it would be a great idea if Chuck would promote the new shoes that were altered according to his suggestions. Because of his name in the football industry at that time, it would be easy for the company to gain a market presence as all other players would come to know about the new and better shoes, which are designed especially for sports.

When Chuck entered the headquarters, he was employed by the company as the brand’s salesman and ambassador. At that point, he left his career as a professional basketball player.

As the masses knew Chuck, it was a right call by the company to promote the brand and reach out worldwide. And the same happened as expected.

Chuck joined the Converse Sales team in 1921 after seeing the massive potential in its design. His job was to promote the brand by talking good about it everywhere he went. To do this, he started his career as a basketball coach.

He started teaching basketball to the school kids in high schools of America and promoted the brand alongside. Also, he gave basketball advice to many team players. There he promoted the shoe brand as well.

He also promoted the shoe in the Converse Basketball Yearbooks. This yearbook aimed to celebrate the culture of basketball. As the craze of basketball was on top, the yearbook also gained recognition that also helped the company’s name to become famous in the market.

Chuck was now known for his clever sales pitch and unique marketing ideas. He helped the Converse Rubber Shoe Company to gain a market existence. No other shoe company could compete with the market recognition and style that the company had gained.

Now the Converse Rubber Shoe Company was known and renamed as Converse Inc.

Chuck served the company for many years with full determination and dedication. To honor his extraordinary services for the company, Converse Inc. decided to make the most significant change to its classy design by adding his name/signature to the shoe.

In 1932, they added his name on the ankle patch detail. They added ‘Chuck Taylor’ in ankle patch. This was the time when their product, the ‘All-Star,’ came to be known as ‘Chuck Taylor All Star.’ Here Chuck’s name came into existence with the Converse Shoe Company.

The company designed shoes with different names by the ’30s, and every basketball player across America wore the Chuck Taylor All Star. Chuck made a few changes in the shoe model for the USA’s Olympic Basketball Team. A white high-top model was designed with red and blue accents to represent patriotism.

When the First World War for America started, the Chuck Taylor All Star became a symbol of patriotism. Chuck himself became a morale booster for the US troops. Soldiers wore newly designed shoes during training and exercise.

After the war was over, Converse Inc. introduced the Chuck Taylor All Star in black and white colors. This caused the shoe to be favorite for many people. After the NBA (National Basketball Association) was formed, the globally recognized white and black model of the Converse’s Chuck Taylor All Star became a compulsory shoe for the professionals.

Now, it was also a necessity for the ones who took basketball seriously. It was worn by professionals, the college players, and also the high school players. Because of the global recognition and trend of the shoes, people started calling this Converse’s Chuck Taylor All Star as only ‘CHUCKS.’

Till the ’60s, the Converse was leading the shoe industry by producing ‘Chucks.’ Taylor’s commitment to promoting the business took it to the next level. For his hard work, Taylor was rewarded and was named as the ‘Ambassador to Basketball.’ This also increased Chuck’s recognition.

After getting the name CHUCK

After winning the hearts in basketball, Chucks were now taking over in the fashion industry.

When Nike started to emerge with new designs and technologies, the players started to get attracted to it. This gave Chucks to expand over into other markets. The Chucks were now adopted by the musicians in the punk rock movement.

Chucks became an alternative for the ones who did not want to pay a higher amount for the same comfort soul.

Instead of diversifying their products, the Converse started producing Chucks in different colors and designs because of its well-gained market. They did not want to lose their well-owned market.

The Chucks were now having the same impact on the music industry as it had on the basketball. It was now worn by the famous hip-hop stars and rock stars due to its versatility. They were still famous by the name Chucks.

Are they still called Chucks?

In 2003, the company suffered huge losses due to some wrong decisions and was taken over by Nike. It is now the subsidiary of Nike.

But Converse did not stop the production of its most loved shoes. As Chucks gained good market recognition, the downfall of the company did not much affect the craze for them. The company kept introducing more designs with the same ankle patch with Chuck Taylor’s name on it.

Later on, they designed more shoes with different other names, but all of them were still known as Chucks to the people. So, the company named every other shoe as Chuck. It still has the name Chuck attached to every name of its new product, but it is not necessarily printed on every new design.

The influence of Chucks is unlike any other shoe brand. With a rich and iconic heritage, it can be worn by everyone. As it continues to be the trend, it is sure to remain the same Chucks for years to come.

Hi my name is Rachel; a registered nurse. I graduated from one of the best nursing programmes and have been working in the medical field for 10 years. As a licensed practical nurse, I understand the plight that comes with the job. While I enjoy taking care of patients, I understand the long working hours that nurses have to deal with. We spend majority of the shifts walking around the medical centre making sure all patients are taken care of and this requires a lot of work and energy on the feet. https://bestnursingshoes.net has been created to help nurses from different parts of the world find the perfect shoes to reduce the strain on your feet and posture and make the job much easier.
Previous How long do Woodland shoes last
Next Most comfortable brand of women’s shoes