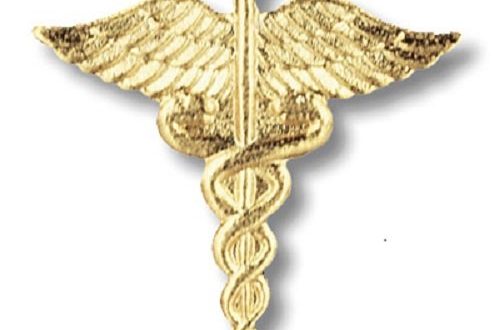 What do the different nursing symbols mean?

People often tend to overlook medical symbols. However, the significance and meaning of these symbols are well known to nursing practitioners and nursing students. Nursing symbols have been used for a long time, and most of the traditional symbols are quite prevalent, although their initial meaning is lost with time. These symbols enlighten us about the nursing practice in the previous days. No matter how efficient and advanced nursing practice has evolved, its origin is quite significant to learn. These are the following symbols, along with their significance.

The most popular and renowned symbol in the nursing field is Caduceus. A staff is featured in this symbol wrapped up by a set of 2 serpents. On the top, there is a set of wings. This symbol is used widely in many nursing paraphernalia, such as medical uniforms and equipment. This famous symbol can be joined by wings to denote the title and position of the nurse. This symbol is recognized nationally as insignia for US medical corps, public health service, and navy pharmacy division.

Although this famous and common nurse logo is deeply connected to medicine, it doesn’t represent medicine, not nursing. However, a medical symbol is known to be incorporated by Greece that looks exactly like Caduceus and is referred to as the rod of Asclepius.

There are many close similarities between the two symbols; however, in the case of Rod of Asclepius, a staff is wrapped by up only one serpent. As per historical scholars, this imagery was mostly inspired by the practice of extraction of the parasitic worm from a human body with the help of a stick. This nurse symbol provides quick recognition to most healthcare workers. It is also implemented into coffee mugs, medical pins, nursing jewelry, wine glass, and clothing.

The Rod of Asclepius

This nursing symbol is unknown to most people and is also used in commercial organizations under rare circumstances. It has more prevalence in the professional medical association. It is used in a particular healthcare field to display expertise in medicine and healing. This symbol is not used in most nursing communities since they utilize the symbol Caduceus. This symbol represents a rod wrapped by a single serpent instead of 2 intertwining serpents. The symbolic snake and staff design make it look similar to Caduceus, which Hermes, the Greek god, has wielded. Asclepius, the Greek god, wielded this staff and is known for his medical expertise and exceptional healing qualities. 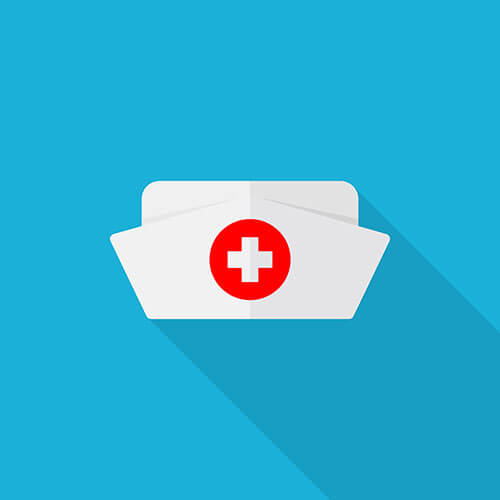 The oil Lamp is a well-documented logo in the nursing field that represents nursing practice but may not be known to all. There are many ancient origins of other nursing logos. However, there is no such ancient origin in the oil lamp as it relates more to the medical practice. In most pinning ceremonies, this logo is used when a new nurse practitioner holds a lamp while reciting a pledge. This symbol is a representation of the selfless work and dedication of nurses. Even Florence Nightingale used an oil lamp for nursing the dying at night. She showed her exceptional service during the Crimean War, and she stayed up late and used her oil lamp for nursing the wounded. So, she was known as the ‘Lady with the Lamp.’ The oil lamp represents paying respect to Florence Nightingale along with her contribution. Therefore, an oil lamp represents reliability, compassion, goodwill, and other relatable attributes of nursing practice. Although the oil lamp symbol is lesser-known to most people, its nature and significance must not be forgotten.

It isn’t an official logo or symbol of the nursing field; however, it is just an object with a connotation of nursing. The basic thing is that when you imagine a nurse, the foremost thing that comes to your mind is a nurse in the attire of a classic nurse uniform along with a nurse cap. The main purpose behind this symbol is to keep nurses’ hair away from their faces while they are working. This also helped in identifying them as medical practitioners. The nursing cap comes in both long and short variations. The longer ones are made to accommodate the nursing professionals who have long hair. The shorter caps are for nurses with short hair cuts. This symbol provides them with a professional appearance, and people can recognize them and their specialty through it.

No symbols related to the nursing field can be more common and relatable than nurse uniforms. Whenever you think about the nursing profession, the first image that comes to mind is the old-school nurse uniform. The traditional nurse uniform consisted of a blue dress, a nurse cap, and an apron. This ensemble also consisted of nursing pins for the previous nursing students that helped in differentiating them as nursing students. Medical scrubs have replaced the traditional uniform, and nowadays, most nurses wear a scrub cape and stand scrubs (tops and bottom). Nowadays, the traditional nursing uniform is no longer used in a medical setting. This traditional uniform is seen in old pictures, TV shows, or movies. This uniform is rarely used to denote a registered nurse’s completion of graduation and entry into the new field.

A nursing pin is a badge that a nurse wears to denote from which nursing school they graduated. There has been a tradition to present nursing graduates with these nursing badges at the pinning ceremony to welcome them into the nursing profession. Each pin holds a particular meaning related to the nursing program history for a specific nursing school. The founder of this symbol is the Maltese cross. There have been many changes with the nurse pin. In other words, the nurse pin is a symbol for welcoming newly graduated nurses into the health care profession. This small symbol is attached to their graduation uniform. Nurses use this nursing pin symbol to display their interests, profession, and support. There are many designs of these pins which allow them to personalize their uniform and get a personality with their clothing. It forms a recognizable symbol for all nurses who want to display their experience, passion, and commitment.

The different nursing symbols, decorative accessories, and nursing uniform worn by nurses throughout history plays a great role in medical care and the nursing profession. These symbols offer a specific meaning, maintain a significant medical history, and provide a foundation for all nurses to continue with the practice.

Hi my name is Rachel; a registered nurse. I graduated from one of the best nursing programmes and have been working in the medical field for 10 years. As a licensed practical nurse, I understand the plight that comes with the job. While I enjoy taking care of patients, I understand the long working hours that nurses have to deal with. We spend majority of the shifts walking around the medical centre making sure all patients are taken care of and this requires a lot of work and energy on the feet. https://bestnursingshoes.net has been created to help nurses from different parts of the world find the perfect shoes to reduce the strain on your feet and posture and make the job much easier.
Previous How do nurses do a neuro check?
Next Do nurses need malpractice insurance?