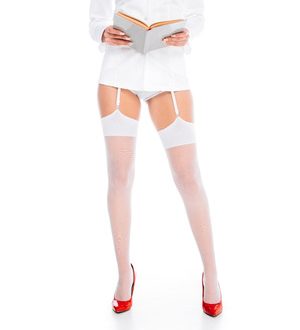 The traditional society with gender bias in roles depicts nursing as a female profession. In the ’70s, the male population in nursing was only 2.7%. Female nurses had to wear underskirts, large caps, buttoned-down uniforms with skirts, and pantyhose. The traditional uniform had to be strictly adhered to, with routine checks conducted in the wards.

Nursing, as a profession, has experienced tremendous growth and changes since its inception around 300 AD. There has been a significant increase in male nurses in the last three and a half decades. The US Bureau of LaborStatistics states that registered male nurses were 12% as of 2019.

Initially, family members took charge of nursing their patients. However, handling severe illness was a function of monks and nuns. Most unskilled volunteer nurses would drink and carouse at night; society did not respect them.

Currently, the standard uniform for nurses is loosely fitting scrubs, very different from the commonly visualized short white dress with pantyhose. We examine how it got there.

Nurses began to wear ankle-length uniforms, similar to matron servants. They would adorn warm coats and cloaks outside work. While working, they wore an apron and a white hat.

Florence Nightingale began nursing schools. Nursing students were required to wear uniforms to differentiate them from unskilled caregivers. The student nurses would eventually earn a hat, which trainers would take away for indiscipline.

A bib covered the upper body, while an apron shielding the bottom became part of the uniform. The nurse uniform entailed a fitting button-down dress with a pointed collar. It created a distinction from usual servants.

The first world war left multitudes wounded and ailing. Due to increased workload and a laundry crisis, a long apron, easy to replace and wash, added functionality to the uniform. The skirts became shorter to enhance mobility, and so did the sleeves. These changes helped nurses be more efficient.

Nurses wore warm jackets and skirts that were similar to military uniforms. Skirts remained short, made from rayon and gray wool.

Tights replaced pantyhose. A unisex paper hat to attract men to the nursing profession came in, though the cap eventually disappeared entirely. Around this time, men started appreciating that they too fit in nursing.

Males join the nursing field. Females demand to wear pants, too, realizing that skirts are neither practical nor functional in the clinical environment. Scrubs replace the entire uniform.

The Functionality of Scrubs in the Clinical Environment

How Does Pantyhose Help Nurses? Pantyhose worn by nurses is majorly compression stockings. Nurses primarily wear compression pantyhose. Being a nurse, you are mainly on your feet throughout your 12- hour shift. Wearing pantyhose helps in the following ways;

When you stand for long, veins in your lower limbs suffer weaker valves. Weakened valves make blood collect in the veins and enlarge them. The increased pressure causes very painful varicose veins. Pantyhose helps maintain the tension in your lower limbs by supporting valve function.

Prevents Swelling In Ankles And Feet

Standing for too long makes fluids accumulate in your feet due to gravity, causing swelling. Wear pantyhose that supports your feet so your legs do not swell after a long day.

Full support pantyhose gives the nurse extra support in the legs, hips, and back throughout the shift. The full support eases body soreness after a long day.

The nursing uniform consists of sheer cotton or polyester. Besides preventing chronic issues, when you wear pantyhose, your uniform is more opaque; hence it is a suitable lining for clothes worn by nurses. It gives a sense of modesty.

The Cons of Support Pantyhose 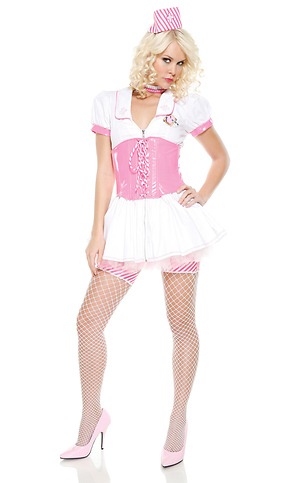 Most scrubs include polyester in their fabric, which quickly traps body and environmental heat. Support pantyhose adds a layer of clothing, making a nurse uncomfortable during hot days. On the other hand, nurses wear fitted shoes. Pantyhose increases moisture and heat in the feet, causing discomfort and athlete’s foot.

It takes longer to wear

Nurse shoes are comfortable and fitting. Adding pantyhose can make the shoe uncomfortable, causing calluses or corns. These are thickened layers of skin from friction, which can get very painful. You should moisturize the skin when not wearing the pantyhose to prevent itchiness caused by dry skin.

Is Support Pantyhose Practical With Scrubs?

Pantyhose can be worn beneath the trouser in scrubs to serve the same functions as when worn beneath the initial nursing uniform. It saves you from swollen ankles, arch pain, varicose veins and insulates you on cold days.

However, it is not necessary to wear pantyhose with scrubs. Socks have gradually taken the place of waist-high stockings and are functional in dealing with the athlete’s foot, which was familiar with traditional nursing attire.

Initially, rules on wearing stockings beneath the nun’s habit that made the first nursing uniform were strict. Right now, nurses don’t need to wear pantyhose to work.

Support pantyhose for nurses has many health advantages but can cause discomfort and impede mobility. Wearing stockings as a nurse is a personal choice.

Hi my name is Rachel; a registered nurse. I graduated from one of the best nursing programmes and have been working in the medical field for 10 years. As a licensed practical nurse, I understand the plight that comes with the job. While I enjoy taking care of patients, I understand the long working hours that nurses have to deal with. We spend majority of the shifts walking around the medical centre making sure all patients are taken care of and this requires a lot of work and energy on the feet. https://bestnursingshoes.net has been created to help nurses from different parts of the world find the perfect shoes to reduce the strain on your feet and posture and make the job much easier.
Previous Confused about how can I roleplay as a nurse?
Next Can Nurses Wear Nail Polish?

Let’s face it; nurses encounter situations and patients that challenge them to show instinctive reactions …

Powered by WordPress | Designed by TieLabs
© Copyright 2021, All Rights Reserved