Breaking News
Home / Blog / Do Nurses Take an Oath or Not? 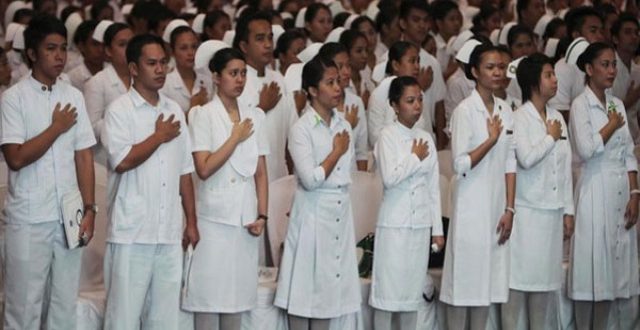 Do Nurses Take an Oath or Not?

Have you heard about Nightengale Pledge? It’s something equivalent to the Hippocratic Oath. For those who don’t know, the Hippocratic Oath is the oldest and widely known code of medical ethics that new physicians swear upon. The pledge emphasizes the importance of professional conduct and the work obligations of doctors. In some ways, the pledge binds them to take care of the patient’s health at all times.

The oath holds the fundamental values of a medicinal practitioner. The creators of the code intended the oath to uphold the art of medicine while expecting the doctors to act in the patient’s interest. Of course, the oath has changed a lot since it was first written almost 2500 years ago. The changes were done to meet the needs of advanced medical practices and values. But, it’s still a very important step in becoming a medical practitioner.

Coming the Nightengale Pledge, was named in the honor of Florence Nightingale. You can look at it as the modified version of the Hippocratic Oath. Just so that you know, this pledge was created by Lystra Gretter and a committee in 1893. So, this nursing equivalent to Hippocratic Oath was created way before our forefather’s time. And, it was not written by Florence Nightingale. It was written in her honor but not written by her.

For those who don’t know, Florence Nightingale was the first person to establish a science-backed nursing school. She served as a nurse in London in the 1860s. The pledge was inspired by Florence Nightingale’s belief that a nurse should receive some empowerment while faithfully serving both the patients and the doctors. Being the principal of the school, Lystra Gretter was able to form a committee to set a code of ethics and rules to abide by the future nurses.

US nurses have been reciting the pledge at the graduation ceremony for decades now. Because of the critical role they play, all the graduating nurses stand together and recite the Nightengale Pledge before officially starting their career as a nurse. Graduating students typically recite some variation of the original oath mentioned below: 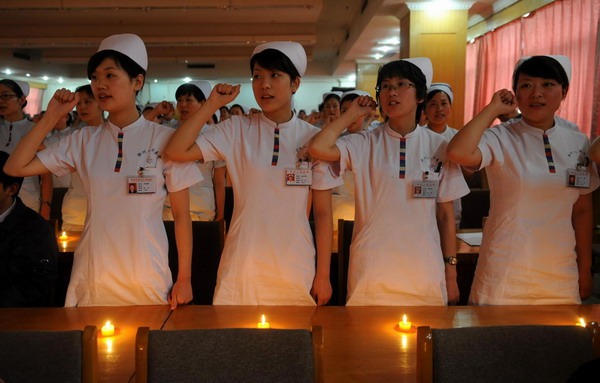 The original pledge of 1893 is along these lines. It reads:

“I (solemnly) pledge myself before God in the presence of this assembly to pass my life in complete purity and practice my profession with complete faith. I will abstain from administering any harmful drug. At the same time, I will abstain from anything deleterious and mischievous. I will do everything in my power to maintain the value and ethics of my profession at all times. With loyalty, I will aid my physician and devote myself to the welfare of those individuals committed to my care.”

As expected, the medical community has changed this oath over the years to accommodate shifts in the medical world. Of course, the core values have remained the same in all the different versions of the oath. So, the promise to uphold medical principles has its place. All the versions expect nurses to protect the patient’s privacy and to act in the patient’s best interest during any treatment. So, the legacy and the original value of the Nightengale Pledge continue to live on.

Mostly, the references to God and purity are either removed or interchanged to avoid conflicts. Aiding the physician is also changed to aiding the healthcare team because nurses have to work in collaboration with a healthcare team for a patient’s betterment. So, the modern updates of the Nightengale Pledge emphasize teamwork because comprehensive care is needed for someone’s wellbeing in today’s age and time. The guiding principles remain the same, though.

The Nightengale Pledge aside, nurses are expected to adhere to the professional standards set by the law. They are also encouraged to follow the professionally developed protocols of their practice. Just like an oath, these standards are also important in the nursing profession. If a nurse is found negligent, he/she is usually dealt with legally. 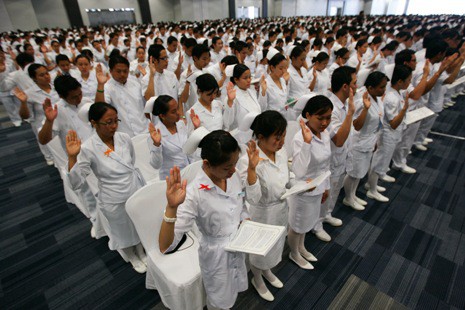 Keep in mind that a nurse can even refuse to follow a doctor’s order if he/she feels that it may not be in the best interest of the patient. After all, nurses are supposed to use their thinking and not act as robots to doctors. Neither are they obligated to follow anything blindly without any valid reasoning. A doctor might be in a hurry to get to a pool party. So, he/she may not be thinking clearly. In such scenarios, the second pair of eyes can help catch a problem.

In short, the Nightengale Pledge gives nurses the power to explain their views to a doctor. It can even prevent accidental death. As they say, it’s a human thing to make an error. Nurses can refrain from participating in any unprofessional activity, whenever they are in a situation where the physician, they are supporting, is making a mistake. Service to humanity is above the doctor’s order. Of course, nurses cannot randomly decide not to follow the doctor’s order.

Even though both doctors and nurses have slightly aligned responsibilities towards human welfare, nurses recite the Nightengale Pledge as opposed to the Hippocratic Oath at the start of their careers. Both doctors and nurses are expected to act in the best interest of the patients at all times. Of course, the Nightengale Pledge has changed quite a bit to suit the modern nursing context, but the core value remains the same. In a nutshell, the spirit of the Nightengale Pledge is very much the same as before. The mantra is, “not harm the patients.” Just the words are changed, but the sentiments continue to be the same.

Hi my name is Rachel; a registered nurse. I graduated from one of the best nursing programmes and have been working in the medical field for 10 years. As a licensed practical nurse, I understand the plight that comes with the job. While I enjoy taking care of patients, I understand the long working hours that nurses have to deal with. We spend majority of the shifts walking around the medical centre making sure all patients are taken care of and this requires a lot of work and energy on the feet. https://bestnursingshoes.net has been created to help nurses from different parts of the world find the perfect shoes to reduce the strain on your feet and posture and make the job much easier.
Previous What does ETOH mean? Everything about ETOH
Next Can You Be a Nurse with a Felony?