Let’s face it; nurses encounter situations and patients that challenge them to show instinctive reactions to them. Well, helping patients can be an incredibly will-testing task at many times. Sometimes, nurses are required to take care of even unbelievably rude and aggressive patients. Of course, they also get to see unfortunate deaths happen now and then in front of their eyes.

After all, nurses are not prepared for everything. They do not hold a doctor’s degree or experience. In fact, they can’t even prescribe medications, even if they have years and years of nursing experience under their belt. Not to undermine the fact that nurses usually don’t arrive on the scene first. Typically, doctors take the role of the leader, and nurses follow the instructions given by the doctor. Of course, they work synergistically at all times. It’s just that nurses are usually the 2nd responders and not the 1st.

What about Emergency Nurses? Are they not the First Responders? 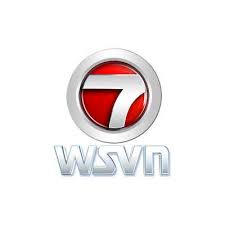 As expected, first responders have a completely different focus. They not only access the patient, but they also initiate the care steps. At the same time, they communicate with the patients and initiate any other orders that may be the need of the hour. Most nurses are not trained for such multi-tasking scenarios. Only in certain exceptional scenarios, a nurse may find himself/herself in the role of a first responder (more on this below).

Does the recent coronavirus pandemic fall under the mass casualty category? Do nurses attending the corona patients considered as first responders? Just so that you know, registered nurses are seen as front-line health care workers and not first responders in the pandemic wave. This is primarily due to the fact

that all the health care assistance is provided in a hospital environment and not outside the hospital.

In a nutshell, working in your regular location doesn’t fall under the category of first responders. For a nurse to be a first responder, he/she must respond to an emergency happening outside of the hospital setting. Think of why police and firefighters are considered first responders. They do not operate from a static place of employment. They usually go to remote locations to respond to emergency situations.

Routinely, first responders have to go to the people to whom they are responding. This isn’t the case with nurses who mainly operate under a medical office or hospital. Even if an ambulance brings a patient to the hospital, nurses are the 2nd responder. The 1st responder is the person who transports the patient to the hospital. Of course, this isn’t to say that the job of the 2nd responder is less important. It’s just that first responders are classified based on a certain hierarchy of assistance providence. That said, it’s unlikely that nurses will be classified as 1st responders even in the future.

But the profession is not unimportant or inconsequential. After all, registered nurses have a very important role to play in a patient’s wellbeing. Right from staying by the patient’s bedside to supporting the family members and more, their job is very significant. They are even the first ones to respond when the patient needs CPR or just needs someone to talk to. Oh yeah! They are also the first ones to hold a family member’s hand and tell them that everything will be okay. The profession is valued.

In general, nurses are not considered first responders. A nurse is dependent on a doctor’s order. The doctor decides what needs to be done. A registered nurse merely follows the instructions given by the doctor. A nurse lacks the experience to handle an emergency, which explains why a nurse is usually not considered a first responder. So, a nurse may not receive the accolades in the news for his/her heroic efforts. However, a nurse is counted as an important member of a medical team in providing life-saving care to a patient.

Hi my name is Rachel; a registered nurse. I graduated from one of the best nursing programmes and have been working in the medical field for 10 years. As a licensed practical nurse, I understand the plight that comes with the job. While I enjoy taking care of patients, I understand the long working hours that nurses have to deal with. We spend majority of the shifts walking around the medical centre making sure all patients are taken care of and this requires a lot of work and energy on the feet. https://bestnursingshoes.net has been created to help nurses from different parts of the world find the perfect shoes to reduce the strain on your feet and posture and make the job much easier.
Previous Can You Be a Nurse with a Felony?
Next Are Nurses Ever Required To Give Handjobs as Part of a Medical Procedure?